Remember that anachronistic Picasso print from Poirot’s first flat, from 1957? Well, I’ve just noticed that a bit later in the series, it was replaced with a different print. Here’s a shot from The Plymouth Express where you can see it over Hastings’ shoulder. It’s a mother and child painting. 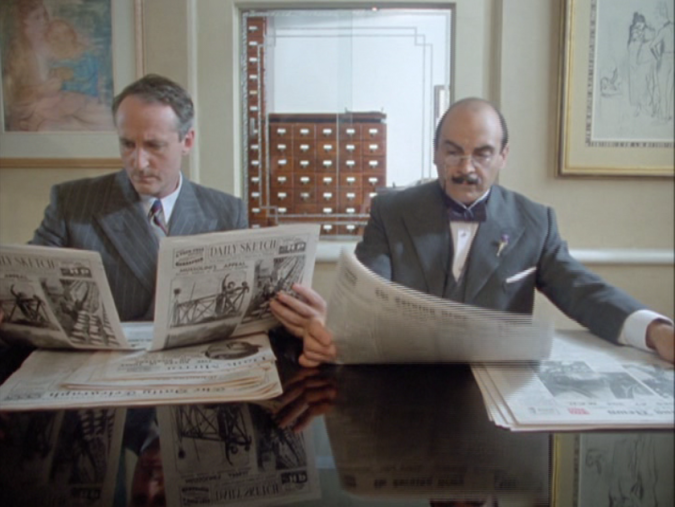 Also, I’ve identified the picture. It is, in fact, another Picasso (Mother and Infant), one from 1922, in the artist’s much earlier neoclassical phase. Kudos to the art department for this fitting remedy.  🙂  The picture is part of the Continental influence of Poirot’s decor as well as blending in nicely with his many Japanese prints, which are similarly heavy on the linear outlining (and also very influential in turn-of-the-last-century European art). Japanese prints can be seen in various places in both of Poirot’s flats. 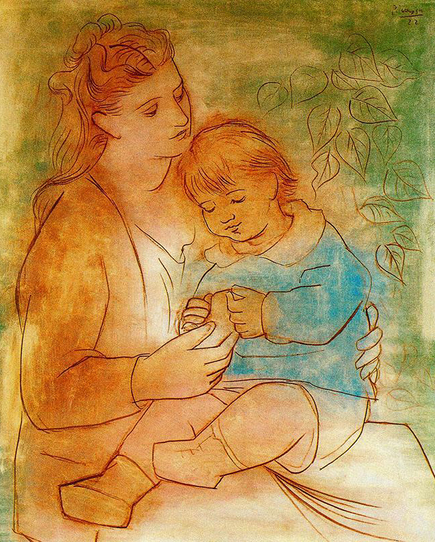 And if you haven’t noticed already, Poirot has a more cubist-style Picasso print (mixed media) hanging over his mantle. Violin is from around 1912. 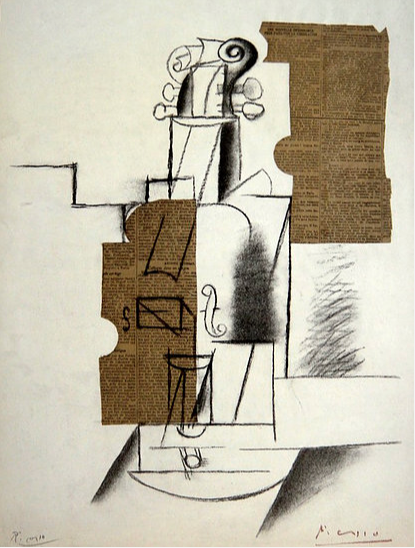 Poirot seems so fond of Picasso that I thought I’d try tracking down that second print that’s behind Poirot’s shoulder in the Plymouth Express shot. Sure enough, that is a sketch called A Thousand Travelling Acrobats— a Picasso drawing from 1905.