Appointment With Death is set in Jordan, but was filmed in Morocco. In this still, a tiny Tim Curry and David Suchet contemplate an ancient text unearthed in the archaeological dig. This episode was full of so many incredibly gorgeous sets, locations, and shots that it was hard to choose a cover. But the unique lighting in this image made it the winner. It was incredibly easy to paint, easier than it might look. Even the tiny rosary is visible.

Murder in Mesopotamia is another of Christie’s Middle Eastern archaeological digs, taking place this time in Iraq and Syria but filmed in Tunisia. On this cover I had to avoid Hastings, since he does not feature in the book but was written into the script. I decided on this marvelous shot of Poirot walking away from the camera beneath an arch in a dusty alley. The angle, coloring, and everything else about the image tickled my fancy. Poirot-walking-away shots are always fun, anyway. 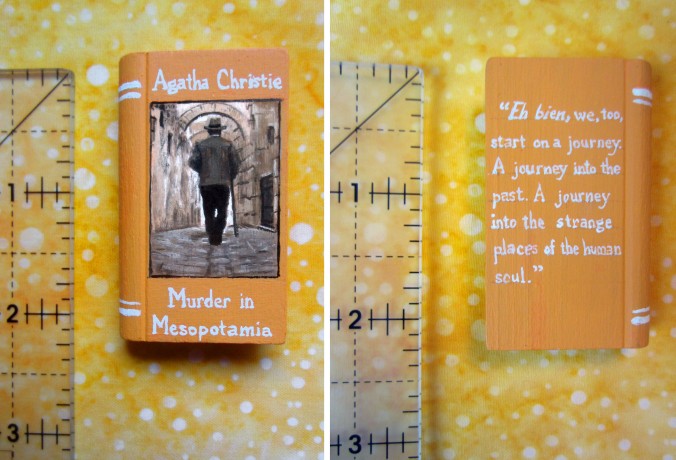 Death in the Clouds features a fair bit of action in Paris. Instead of an episode still, I ended up using this image that I think I spotted somewhere online, which (as far as I know) is not actually part of the episode, but looks good. Poirot, Eiffel Tower… what more do you want? I love his outfit here, too– wonderfully dapper.

Finally, I include Evil Under the Sun in this set of exotic locales, although the location is English– the Burgh Island Hotel off the south Devon coast. I watched through the episode to get a still for the cover and could not find ONE that I thought would work. The episode and story are fantastic (actually I think it might be my husband’s favorite episode), but again, I couldn’t use an image with Hastings, since he is not in the main action of the novel, although he is mentioned. And film-Hastings likes to hover over Poirot’s shoulder; in this episode he is particularly “mother chicken”-esque. I watched through the episode a second time searching for a shot. Finally, I cheated. I took a head shot of Poirot looking down from the hotel, and layered it onto a different background which included some of the landscape. In the end I was very satisfied with the result, and I think the cover ties in well with the chosen eponymous quote. 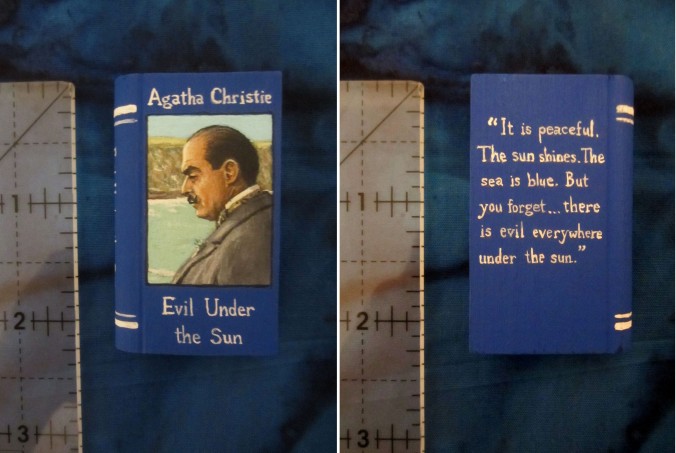